World famous photojournalist Sebastiao Salgado traveled to the burned and battled “hot spots” of the world until he himself was burned out. In his photographs he has expertly captured what we would prefer not to see at all: war scenes, the misery of refugees, environmental disasters. He was in Ethiopia while famine was raging among the population, took heart breaking photographs of refugees in Rwanda and documented the dire consequences of the Iraq war – as the oil fields did not want to stop burning and smoke turned the days into nights.

Lost – no more faith in Mankind

At one point Salgado had simply seen enough to lose his faith in mankind. At the verge of destruction himself he withdrew to his father’s farm in Brazil for some time. Together with his wife he began to plant trees on the terribly eroded land. In a few years time only he managed to turn it into a magnificent forest.

Driven by a new courage to face life, he started his new project. His previous focus in long-term photo projects such as “Workers” or “Migration” was always on the world as we seem to know it. In “Genesis”, his latest project, he focused on what he had not photographed before: untouched nature and the “other” creatures – especially animals and plants as well as indigenous groups, who managed to live their traditional life far away from “civilization”. He maintained his “eye” for essential things and his love for black and white photography.

The result is impressive: breathtaking photographs of a world only few of us will ever get to see. “Genesis” – the overwhelming result of years of professional photographic work done under tough conditions casts a spell. With entering the exhibition one enters the world of beauty and perfection. 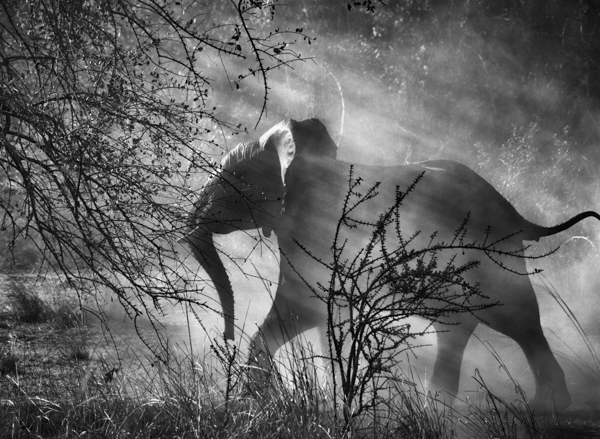 “If I could only be there once”

Pidgin Petrels flying above Bird Sound (500 meter wide strait) near South Georgia – their goal in mind. A whale near Valdés Peninsula (Argentina), whose gaze one simply cannot escape. Penguins on a small plateau on Saunders Island – surrounded by “nothing” – rocks, ice and ashes everywhere as far as the eyes can see. “I would give a lot for the chance to be there only once in my lifetime” says a visitor in front of a remarkable landscape in Antarctica.

Bizarre – the forest of baobab trees

The course of the exhibition leads from the cold south of this planet to the hot zones of Africa and South East Asia. A young man climbs a 40 meter high tree to reach coveted durian fruit. He belongs to the Mentawai-Clan of Siberut Island, West-Sumatra and is seen as a tiny detail in the composition of a dense and complex jungle world. The photographer shows an impressive forest of bizarre baobab trees approximately 100 Kilometers north-east of the Makay-Mountains in Madagascar – for Europeans a very different sight of how forests elsewhere might look like. Next to exotic plants from Madagascar and other parts of the world one can find portraits of traditionally decorated men, women and children engaged in their daily business, for example how to extract sago flour or herding. 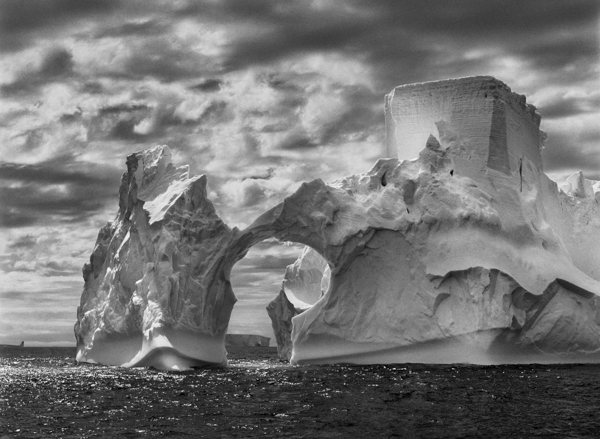 Life in the eternal ice

The journey continues to other climatic zones. A great shot of a musk ox in the far north on Wrangel Island in Russia is on display. The creature stares quite vividly – as if to challenge the onlooker to a visit in his cold habitat. Salgado tells the story of the Nenets – a nomadic tribe in Siberia – and their challenges to survive in their harsh environment with his photographs. These people cover incredible distances with their reindeer herds in the eternal ice. He takes the visitor further into North America – vast landscapes, deep gorges and canyons – right into the wildest areas of this world, for example to the Grand Canyon, Bryce Canyon (both USA) and Disappointment River (Canada). In Latin America Salgado discovered people, for example the Zo’é who have preserved their traditions and still live a very remote life, too.

Salgado says about his work: “This work is the result of my travels, a visual love letter to the grandeur and delicacy of the world. But it is also a reminder, so as to not endangering it any further.” (Genesis, Sebastiᾶo Salgado, Taschenverlag) With Genesis, Salgado presented a powerful, impressive body of work. It reminds us of the beauty and uniqueness of our earth and the need to protect it. He rightly points out the vulnerability of our home planet these days. Let us hope that we succeed in time to preserve this earth and its beauty for future generations. 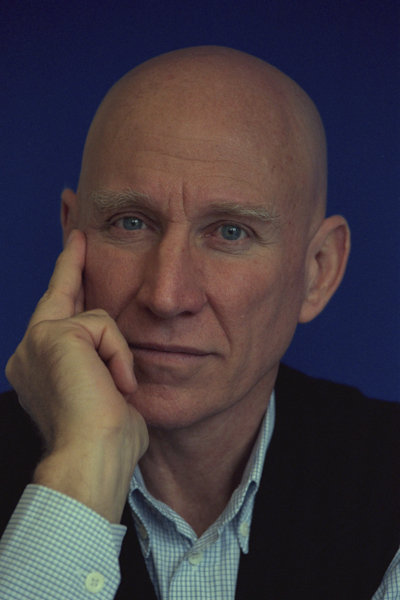