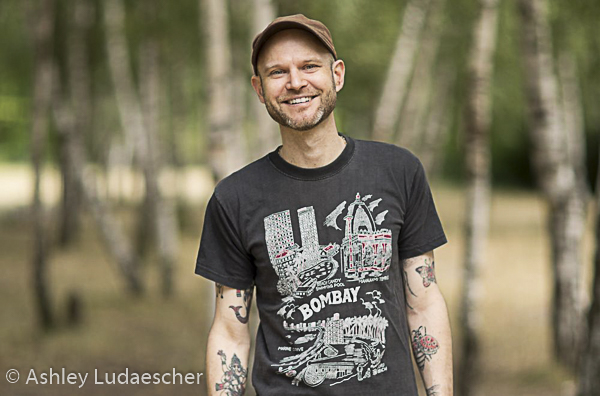 Justin P. Moore is author of vegan cookbooks, artist and travels around the world. He was born in the United States but has lived in Berlin for many years. I meet him there in an “en vogue” cafe of Prenzlauer Berg. He has followed his vegan lifestyle for 20 years – long before it became trendy. As a young man he enjoyed cooking and dreamed of writing a cookbook. In the meantime he works on book number four. He gets his inspiration for recipes and books while he travels to unknown destinations. 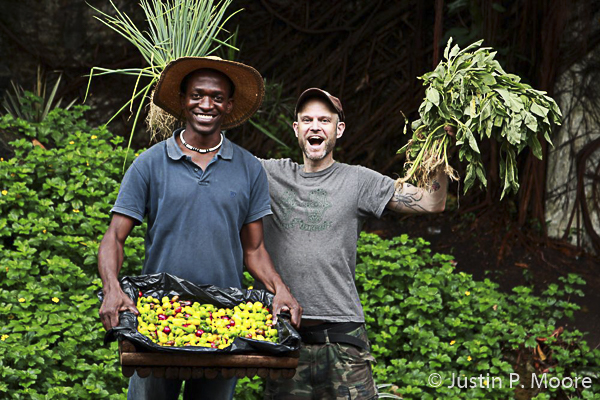 J.P. Moore with a farmer at Lagos

Vegan because he likes it

At a time when most young people are interested in fashion and music, he decided to become vegan. Nevertheless, he enjoyed music, too. He makes no fuss about his lifestyle and harbors no “Mission intentions” with it. In the beginning it was difficult for him to live vegan.

Finding recipes was a challenge and buying vegan clothes nearly impossible. He found his way and his surroundings accepted his decision. One of his intentions is to inspire others with the way he lives. “I just try to live and eat as it suits me. I think it’s nice when I’m a role model for other people but I do not want to preach.” He respects others and likes to be respected in return. And he prefers to take informed decisions. “At the age of eight I knew that meat was not really my thing. It took a while before I understood, yes, there are people who do not eat meat ‘ “. And even more time before he took the step to his vegan lifestyle. 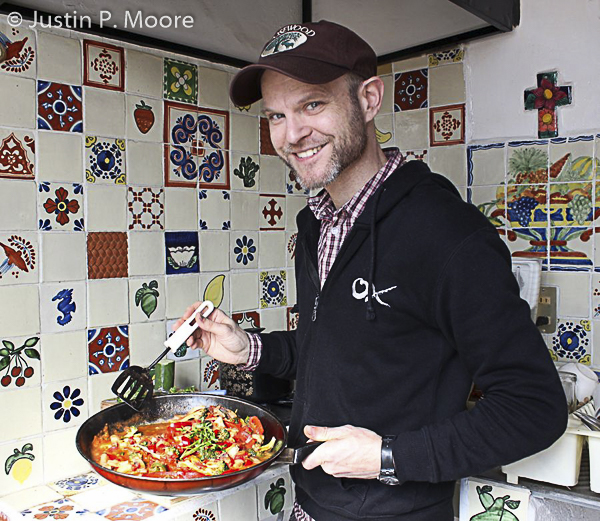 At the age of 17 he wrote down his first recipes and published a small booklet, which he distributed to interested people. His favorite is the Indo-Asian cuisine. He has a simple explanation for it. When he was two years old his mother took him to a nanny from India. She fed him with vegetarian delights of her Indian homeland and he particularly loved the sweets.

While he studied Arts in the US, one of his professors told him to go on a study tour to Europe where he could see German painters of the early 20th century. He arrived in Berlin in 1997 and fell in love with the city at first sight. It corresponds well with his lifestyle and views. He appreciates the art scene, likes to speak German and feels comfortable here in his new home. 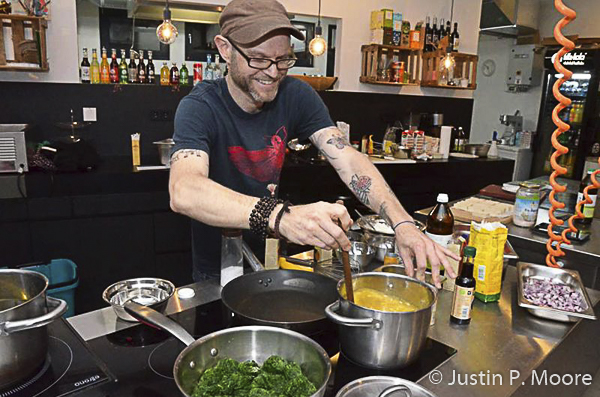 Every year he takes a break for several weeks and travels to an unknown destination. He is fascinated by new countries and the people there – but he is even more fascinated by the simmering contents of their cooking pots. He likes observing other people while they cook – there, he takes notes and photographs. The memories safely stored in his brain and micro chipcard he starts to experiment and cook new recipes at home. He makes a living by travelling, writing and promoting his vegan books and lifestyle.

He has published three cookbooks. The main theme is “The Lotus and the Artichoke” with the respective country specification. The books are available as ‘journey around the world’, with a focus on Mexico and the latest with recipes from Sri Lanka. Currently he writes book number four with recipes from his last trip to Malaysia. 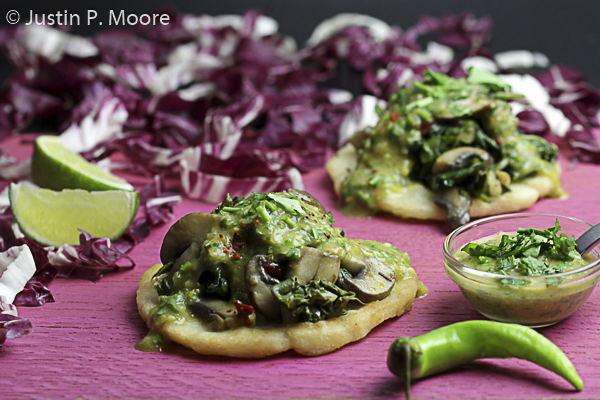